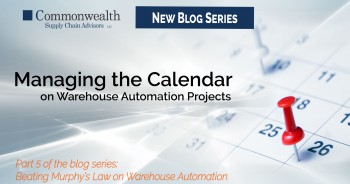 Many companies set themselves up for failure early on by committing to an unmovable deadline for completing the project. The most common reasons for this are:

The deadline may be set far enough in advance that the company believes it is easily attainable. Then, Murphy’s Law begins to play out, and the timeline is extended by unforeseen circumstances. Faced with the seemingly unmovable deadline, the company then marches inexorably towards a go-live date that becomes more and more risky with each passing day. Executives issue ultimatums. Project managers are offered carrots or threatened with sticks based on achieving the timetable. Key stakeholders feel increasing pressure to “launch the boat” while workers are still patching up holes in the hull.

All of these pressures often cause the project leaders to decide to move forward with the go-live, even though all the indications are that the technology is not yet fully tested and ready- sometimes with catastrophic results. Executives may fear the impact of a delayed launch, but be blind to the far greater consequences of a premature, failed launch (remember, it’s too late to bring the boat back to the shipyard after it’s sunk to the bottom of the harbor!). 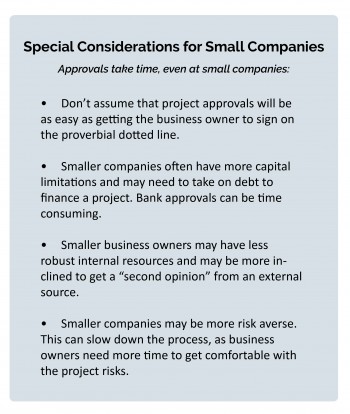 So, what can be done to resist this pressure for a premature go-live?

Add contingency time: Remember, it is usually difficult or impossible to anticipate when Murphy’s Law will strike. Add contingency time to the project schedule, even if the weather seems good and it looks like clear sailing ahead.

Have a backup plan to extend the deadline: In most of the scenarios cited above (facility exits, peak periods, 3PL contract expirations), the deadline is often not truly “unmovable”. Lease extensions can be negotiated, penalty clauses can be enacted and paid, overflow facilities and temporary labor can be hired to survive peak periods, and 3PL contracts can be renegotiated. While all of these alternatives can be costly, they may be vastly less expensive than having a failed project with product unable to ship. Additionally, if the backup plan is developed early enough, it may be possible to negotiate more favorable terms than if the discussions are held at the last minute under emergency circumstances.